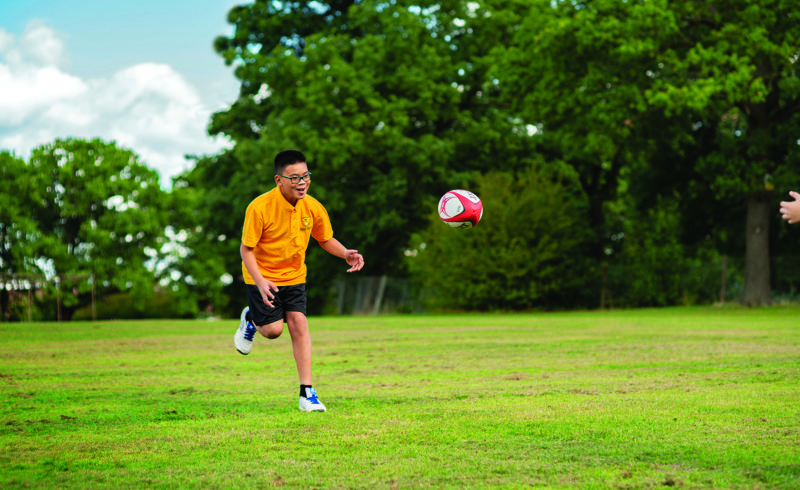 Congratulations to the Year 7 football team who won the 2020 U12 Kent cup on Friday night. They were cheered on by an excellent crowd of staff, parents, friends and supporters who came along to Maidstone stadium to watch our brilliant team beat Simon Langton grammar school 8-1. The boys remain unbeaten and still have the Bromley cup to play for this season. This is the first time Bonus have won a Kent cup in recent History and we are very proud of the boys who played with passion, skill and intelligence but were also incredibly respectful to their opponents.

Congratulations boys, we look forward to watching you in the National cup next season. Special thanks and congratulations to Mr Rayney and the PE department but especially to the squad:

Last week, Ms Kafi’s Year 10 class made the most of the sunshine (and shade) whilst carrying out a GCSE core practical on sampling techniques. Hands on practical work is so important in building skills in GCSE Science. https://t.co/WUmbzPtq7G
4
View Tweet
Superb concert last night. A wonderful example of how partnerships between the state and independent education sectors can work to the mutual benefit of all. Thanks @bonus_pastor . Relaxed, down-to-earth and eclectic, but exceptionally high quality music-making. https://t.co/kWB3PmNw3D
9 3
View Tweet

A big thank you to Paulette from @AcademyAchiever who came in to discuss a STEM mentoring programme we will be starting in September with our high-achieving girls in STEM subjects. We also focused on discussing careers, and how we could utilise Web 3.0 in the future. https://t.co/zOZz0ZuBAL
4 1
View Tweet

We wish all the students nothing but the best for the next chapter in their lives and we will see them all on results days in August. https://t.co/b8AV7Lk6Vo
7
View Tweet

Last Friday we said our final goodbyes to the #classof2022 for their leavers prom. The students looked amazing and the evening was spent sharing past memories, creating final memories and singing and dancing the night away. https://t.co/V0u9n2Kgb6
13 1
View Tweet

I just want to say A BIG THANK YOU and see you soon hopefully as Principal of the school one day xx https://t.co/UxvFLVDJ4R
2 1
View Tweet
I would never change many didn't believe I would make it to the end of school and I have I wanna give a massive shout-out to all the staff for believing in me and Miss Johal for being hard because I WON as I write this tweet with tears in my eyes and fond memories in my heart
4 1
View Tweet
Sadly this evening I said goodbye to tremendous peers, an outstanding school, and excellent staff members with our #Classof2022 fun evening packed with lots of dancing sharing and creating memories @bonus_pastor is a place I will have fond memories of the ups the downs
5 1
View Tweet
The Pastorale (Newsletter) - Bonus Pastor Catholic College... https://t.co/XSLIK7iG4C
2
View Tweet

On Tuesday teachers & students across the school took part in Digital Risk Day. This was an opportunity for staff to take a risk and try something new involving digital technology in the class. A big thank you to @Happy2hostEdu for coming in a supporting us on learning walks. https://t.co/iuKCLUdbon
5 1
View Tweet

After a year of trips within the department, Fisher house was the last house to celebrate their namesake, Saint John Fisher and his life and have a feast day trip to the O2 to watch a film and then take in the sights of London in the cable cars. https://t.co/9DoWjw3g49
5
View Tweet
Follow Us @bonus_pastor Follow Us @BonusCareers